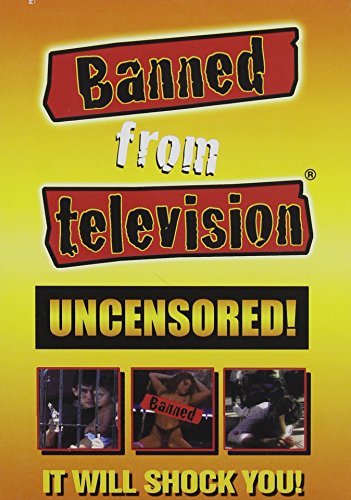 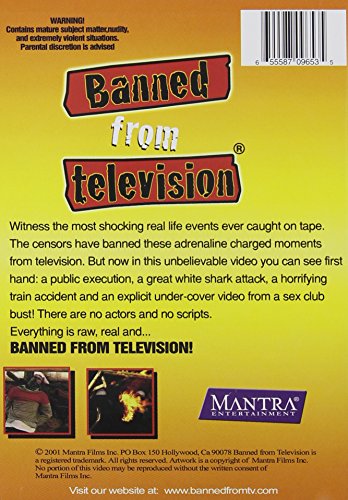 Uncensored! It Will Shock You!

Witness the most shocking real life events ever caught on tape. The censors have banned these adrenaline charged moments from television. But now in this unbelievable video you can see first hand: a public execution, a great white shark attack, a horrifying train accident and an explicit under-cover video from a sex club bust! There are no actors and no scripts. Everything is raw, real and… Banned from Television!

I’ve seen many of these shocking videos. It bothers me, but sometimes it is so incredible that I want to keep watching. There’s a breed of us out there. The best ones are narrated- as is this one. And it’s not all death. Where as “Faces of Death” and it’s spin offs are people who die brutally on tape. “Banned from television” has a similar edge but is a tad more mild. Most of it is people who barely survive or easily survive something very dangerous. Possibly a spoiler: At the end of this video is a woman who gets hit by a train. It is the most gruesome image I have ever seen! A woman who has a name, -most likely- hopes for the future, plans for the holidays, a family at home, etc. She was in a hurry but I wonder why she didn’t stop. Even from a normal cam corder recording, one can hear the train coming here. Even though her view was obstructed, she should have had better patience. (She couldn’t wait for that train to just pass now could she). It is very sad. Life is fragile. Look both ways. And if you screen this, don’t say you weren’t warned.

There are no reviews yet.

Be the first to review “Banned From Television, Uncensored!” Cancel reply

Added to wishlistRemoved from wishlist 0
Add to compare

Added to wishlistRemoved from wishlist 0
Add to compare
$478.99