What is Sphagnum Moss?

Garden owners and plant enthusiasts prefer sphagnum moss due to its high water-retentive ability. Sphagnum moss has a supple and soft part that creates a dense clump. It is perfect for different plants and one can even use it as a seed starter medium. The advantage of sphagnum moss is that it allows adding in potting soil amendments. While using it in winters, it can create mulch.

Sphagnum moss is often used for creating decorative topiaries. Many people also use sphagnum moss sticks to support the aerial roots of aroid plants. One of the great things about it is that it has neutral pH. However, it has fungal spores that can lead to health issues. It is always advisable to use gloves while dealing with sphagnum moss.

Sphagnum moss is pH neutral making it ideal for use in potting soil. Even without using other plant materials, it can be pure moss. It grows on the soil surface. It grows well if the climate is humid, shaded, and has plenty of rainfall. You can easily get it commercially which comes thoroughly dried out. It is suitable for different purposes including line baskets, moss sticks, and seed starter medium. You can easily get sphagnum moss as milled moss or fibered moss. The milled moss is finely chopped whereas the fibered moss comes in its natural form.

What is Peat Moss? 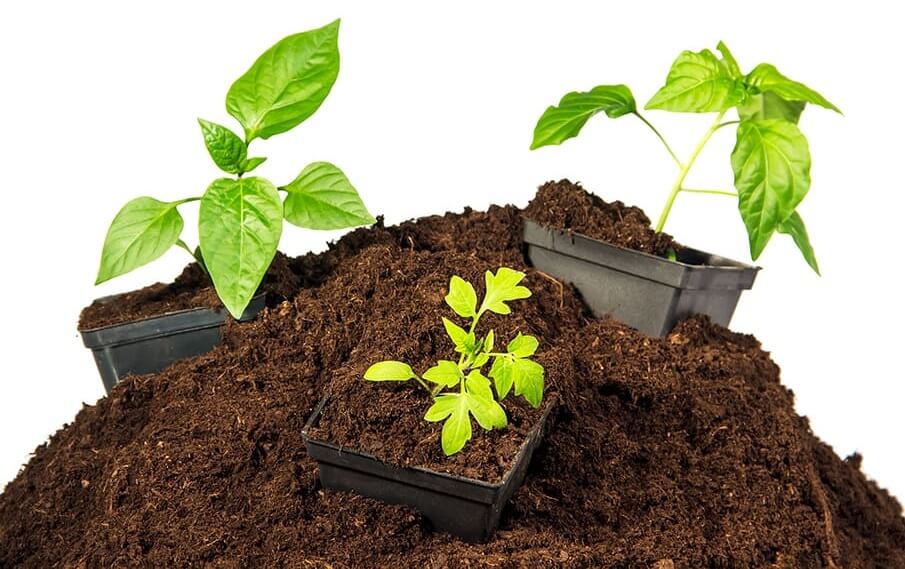 Peat moss comes in the form of a bog. It is formed when the sphagnum moss is dead and layered. The dead fibrous material is decomposed in peat bogs that also include plants, twigs, and insects. Similar to sphagnum moss, peat moss also has a high water retention ability. Peat moss is easily available as a soil amendment and many people confuse it with sphagnum moss. Some are also labeled as “sphagnum peat moss”.

However, the formation of peat moss takes thousands of years. Peat moss is highly acidic and also has tannins. Despite all these, it will not reduce the pH while mixing it with potting soil or garden soil. For now, there has been a huge loss in the peat bogs and people have started to come up with other alternatives.

Peat Moss is Acidic in Nature

Why peat Moss is labeled as sphagnum peat moss is that it starts as a sphagnum moss but is overgrown by a new sphagnum moss when it dies. With repeated processes, it goes on to form a bog. In a compact form, it becomes peat moss. By saturating it with water, a bog is formed. However, it includes many other plant varieties, dead insects, and twigs while forming the bog.

This makes it high in tannins as well as acidic. Despite all these, people continue to use it in garden soils as it is affordable. Another great thing about peat moss is that it can be perfect for acid-loving plants. Peat moss can be great for growing tomato and pepper as it has an amazing water retention capacity. Just like sphagnum moss, it is also available in long-fibered and milled forms.

Sphagnum moss helps to retain the moisture of the soil. As a living plant, you can easily harvest it in 5 to 6 years. It is available in a natural texture and you can even get it in milled form. You can easily use it for different purposes due to its natural flair. When it comes to color, it can be in brown, green, or grey. What makes it ideal for plants lovers is that it has a neutral pH. When harvested, sphagnum moss can be great for greenhouses and gardens. It is perfect for plant species that love moisture including begonia, pothos, and philodendron.

Peat moss has a fine and dry texture with light brown color. It is sterilized after harvesting and comes usually dried. It is also called sphagnum peat moss despite is not purely sphagnum moss as it includes dead insects and other plant materials. As Peat moss forms with a slow rate of decomposition, the natural process can take thousands of years for its formation.

Peat moss can act as a soil amendment as it can hold moisture and can loosen clay soil. It also has a better soil draining ability and is very inexpensive. With its low pH rating of 4.0, it can be great for alkaline areas and acid-loving plants.

What makes sphagnum moss great for indoor house plants propagation is that it can hold 20 times more water than its actual weight. Another advantage of using it is that it can prevent root rotting by enhancing airflow.

With sphagnum moss, there will be healthy roots when you provide the right nutrients and water. When you buy it from the market, it comes dried and is shrunk. However, adding water will make it expand. When the sphagnum moss is expanded, you can squeeze out the water and propagate it in containers.

When you transfer use it in transparent containers, you can even see the growth of roots. It is available in milled or long-fibered textures and you can get the one according to your preference. Do note that packing the moss tightly can prevent airflow to the roots.

All you have to do is to bury the stem cuttings into the sphagnum moss to witness the growth of roots. Even though sphagnum moss can be great for long-term use, it does not have significant nutrients to feed the roots of the plant. You will have to use fertilizers or add LECA balls which is lightweight expanded clay aggregate.

With the acid pH, peat moss is excellent for acid-loving plants. It is generally used as soil amendments in raised garden beds and potting soil. As it can retain water, peat moss can prevent the nutrients from getting washed off. However, it can change the soil’s acidity and has to be neutralized. You can use one part of peat moss with two parts of soil and distribute it well for gardening. Some people also mix it with equal parts of vermiculite and perlite for soilless mixes.

Are Sphagnum Moss and Peat Moss the Same?

We have seen how sphagnum moss and peat moss can be great for potting and gardening. However, peat moss is non-renewable and takes thousands of years to form. Both sphagnum moss and sphagnum peat moss are added as soil amendments for gardening soil. There exist a lot of similarities and differences between the two. With the porous surface, they aid in the penetration of fine roots. The formation of peat moss is what separates it from sphagnum moss.

Splurge Or Save Neutral Home Finds