Quantum Technologies & Their Applications In Industry 4.0

The changes in the world each day are unlike anything humanity has ever encountered before in terms of size, breadth, and intricacy. With the revolution of Industry 4.0, how can quantum technologies find themselves to be a part of it? Chiranjeevi Aradhya, Senior Software Engineer at Collins Aerospace, Cedar Rapids, Iowa tells us how quantum technologies can be used.

Quantum theory states that all energy and matter is made up of particles known as quanta. The long-term aim of quantum information technology research is to develop control and manipulation methods of quantum systems to extend information processing beyond the capabilities of the classical world. The usage of quantum concepts in engineering to solve difficult technicalities in computers, communications, sensing, chemistry, encryption, imaging, and mechanical issues will be quite common in the future. For example, the quantum computer can do things that even the most sophisticated supercomputers cannot.

Quantum and classical computers differ in three primary ways. First, quantum computing does not use bits that are either zero or one; it uses qubits that have the ability to act as either a zero or a one at the same time. Second, qubits reside in an entangled state rather than being separate entities. We can say, these two characteristics provide qubits the capacity to store exponentially more information than traditional computers. The third distinction is that a quantum computer operates in a fundamentally different manner. It analyses all possible outcomes simultaneously and utilises constructive interference to decide on a probable solution that is just right.

As research and development (R&D) in this area progresses, this technology will soon affect everything we do in our daily lives, from communicating to conducting our finances. Quantum computing, with all its advantages, is attractive to different areas of technology including autonomous vehicles, weather forecasting, transit planning, pharmaceutical research, secure financial communications, resource exploitation, and sensing. For an air carrier, it could assist with delays, rerouting, and rescheduling of flights that have been cancelled, adding to all this greater security while paying bills online. This advancement even allows more specific medical imaging systems to be created.

The materials used in nanoscale quantum computers have unique characteristics that could increase the sophistication of model chemical processes and material design. This would help designers and engineers develop better drugs, batteries, and advanced materials with superior electrical and mechanical properties.

Even with such huge advantages possible, the quantum field is not yet ready for commercialisation due to significant scientific and technological difficulties involved. Innovative and high-impact applications might be developed by companies based on substantial and dependable government backing, which could lead to economic development and employment. These economic outcomes would act as feedback for a developing quantum economy.

Fundamental research, translation, technological development, and solving problems related to national objectives must be included in our initiatives. This inclusion may involve quantum computers, quantum communication, indigenous capacity, and trained personnel needed for quantum based research.

We only have a basic understanding of development, but a well-rounded approach must be used, with all of the global stakeholders’ participation involving not only the public and commercial sectors but also academia and civil society. Let us look at how the industries have evolved through the revolution.

There are three key factors that differentiate the current transition era from previous ones: pace, scope, and system effect. Historical precedent can no longer be applied to the present pace of breakthroughs. While earlier industrial revolutions took place at a linear speed, the fourth industrial revolution is progressing at an exponential rate. Further, it is interrupting almost every sector and nation across the world, causing drastic changes from our methods of manufacturing, our management, to our whole system of governance.
We believe that mobile devices—with all their processing power, storage capacity, and access to information—will open the doors to a variety of applications for billions of people.

In addition, advancements in areas such as artificial intelligence, robots, the Internet of Things, autonomous cars, 3D printing, nanotechnology, biotechnology, materials science, energy storage, and quantum computing will have a positive impact on the potential solutions.

Quantum technology offers an enormous potential such as secure, un-hackable communication lines, using which single photon emitters and detectors may be developed, which may aid in averting cyberattacks that damage a nation’s infrastructure.

Google, Microsoft, and IBM are using quantum technology to boost their computing businesses. A major reason for the global energy problem is the enormous amount of energy needed to maintain the increasing Internet usage. Modernising our computing components and communications equipment helps in protecting the environment. So a new generation of quantum devices is being developed at Technion to improve computers and communications.

With the help of quantum technology, we can create sensing devices that use smaller, more sensitive sensors. The diagnostic sensors and super-resolution medical imaging applications of these materials may be utilised for several reasons including implanted sensors and medical imaging. Ultra-sensitive night vision technology and sensors for magnetic fields, acceleration, temperature, hazardous chemicals, and harmful environmental conditions are being developed in tandem with the new technology.

Though all materials are quantum, experimentally we can harness the effects of quantum phenomena such as superconductivity, topological insulators, etc. Many of the quantum information system (QIS) materials use ion traps, defects, quantum dots, superconductors, and topological materials. Quantum materials, since they have a great deal of promise for QIS applications, would be an excellent addition to the Materials Genome Initiative.

The working concept of a QKD system is simple. Consider a scenario where two people, namely, Alice and Bob, utilise randomly polarised single photons to send a succession of random number sequences, all of which are used as cryptographic keys. The quantum channel connects the two stations, whereas the classical channel links them together. Alice uses a random-number generator to produce random streams of qubits that are then transmitted over the quantum channel. On receipt of the qubits stream, Bob and Alice conduct classical operations to search for an eavesdropper. When two sets of bits are acquired following a qubit transfer, the eavesdropper is exposed. To create almost all appropriate encryption systems, there must be an abundance of genuine randomness, which may be elegantly produced via quantum optics.

It is intriguing to contemplate whether Industry 4.0 is driven by advancements in metrology or whether the changes in metrology are being carried out by Industry 4.0. The most advanced metrology systems being used today drive quality assurance (QA), which, on its own, allows for cost-effective and efficient manufacturing processes. Nowadays, QA data directly affects how goods are produced and impacts both the bottom line and repeatability in production.

Based on the viewpoint above, we can conclude that QA is essential to driving Industry 4.0. This argument is strengthened by the rapid development of non-contact 3D optical metrology technologies, since image processing and vision systems may easily be integrated into Industry 4.0 operations.

Now, we begin to re-evaluate long-held beliefs. Measurement for product QA has for a long time been regarded as a necessary evil, a facet of product development that fulfils checklist items but doesn’t contribute directly to the product’s value. It might be claimed that metrology has no other use except to detect manufacturing process problems from a particular viewpoint. Metrology would be useless if the defects or shortcomings did not exist.

However, nowadays, metrology generates loads of data, which can be used in an Industry 4.0 smart factory or smart manufacturing environment, where data-driven production is the norm.

The defence, security, and aerospace industries have the greatest potential for innovation. New sensing systems and methods, as well as further advances, continuously encourage each other in the race for better performance. Thanks to discoveries in the quantum world, single photon detectors, photon counting devices, high-resolution event clocks, and controllers were all developed.

Optical technology is used to enhance the performance of free-space communication systems as increasing demand for information and communication technologies—such as high-speed internet, video conferencing, and live streaming—raises the need for these systems. In free space communication, single-photon detectors provide greater accuracy and intensity because of their higher precision and intensity.

Lidar has found uses in many sectors because of its ability to accurately detect and quantify reflected light and produce 3D representations of targets. Defence, security, and aerospace companies often rely on ranging systems that span great ranges and can identify and locate targets and objects in adverse conditions. The technique of single-photon detection is coupled with a high-resolution temporal tagging system for use in lidar applications.

The use of laser rangefinders is not limited to any one industry or domain but also found in areas such as sports, military, and security. In military applications that need very accurate measurements, laser rangefinders are used by snipers and artillery forces to give them the precise distance to their targets, which are beyond point-blank range.

Manufacturers are continuously extending the range of their receivers to encourage innovation and provide receivers with better sensitivity and less false readings due to other light sources. Such problems can be solved because of quantum technology’s single-photon detecting capability. 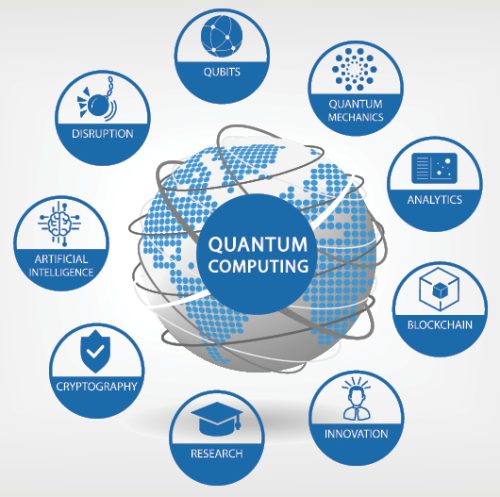 In conclusion, we can say that quantum computing has the potential to radically improve the benefits of data-driven conclusions and may lead to greater returns on investment. By helping artificial intelligence (AI) navigate through unanalysed material, it may also support machine learning (ML). This may be useful for industries that want to grasp the information in a cohesive way and for complete decision-making. Adding quantum computing to Industry 4.0 disruptive technologies like robotics, AI, VR, and the Internet of Things may enable companies to improve their competitive agility, make quicker decisions, reduce product quality concerns, and greatly simplify the supply chain.

Wearing Sunscreen During the Winter Months: Your Thoughts?