Ground Fault Circuit Interrupter or GFCI is a very useful electrical device that can save lives. Electric shock is a major cause of injuries (sometimes even death) that can easily avoided with the help of devices like GFCI. But what exactly is this GFCI? What kinds of GFCI are available? We already learned about a GFCI Receptacle in an earlier guide. In this guide, let us focus on the GFCI Breaker. We will learn some interesting things about GFCI Breaker, how to install a GFCI Circuit Breaker Wiring.

NOTE: This is not a user guide on GFCI Circuit Breaker Wiring but rather a technical discussion. Even though installing a GFCI breaker is fairly simple, you have to work around mains AC. So, if you are uncomfortable with that, then please get the help from a professional electrician.

GFCI detects the current difference as low as 4 – 6mA between the leaving and returning current and immediately opens the circuit.

Modern GFCI devices contains an electronic circuitry to monitor the current and also trip the contacts. Class A GFCI can trip in less than 1/25 or 1/30 of a second when they detect a ground fault current of 5mA. 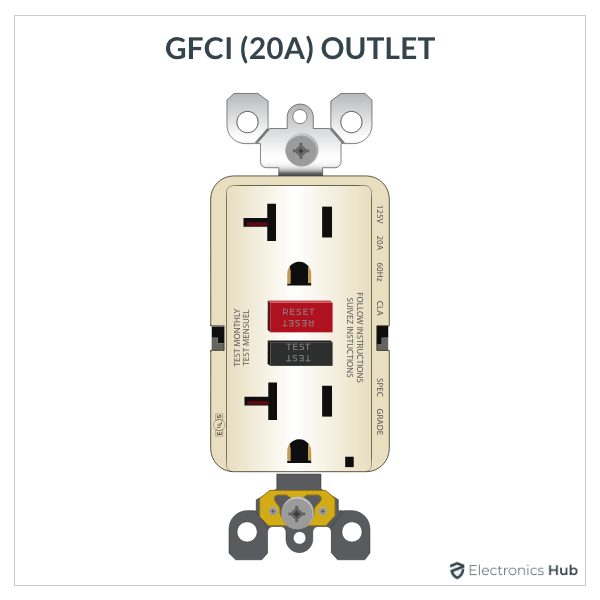 But on the inside, where all the magic happens, is entirely different. It contains a complex circuit board, a current sensor and a solenoid to name a few. 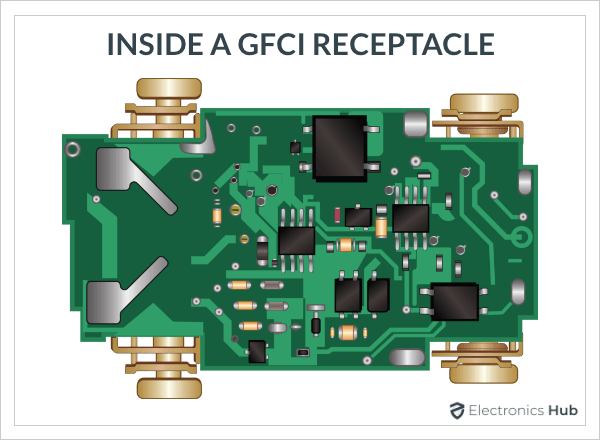 You can easily replace your existing non-GFCI receptacles with GFCI Receptacles. Many states in the U.S. have their own rules and regulations regarding installation of GFCI none the less, according to National Electric Code NEC, you need to install GFCI outlets is kitchens, bathrooms, crawl spaces, laundry areas, sinks, basements, garages and other similar places where the chance of electric shock is more.

GFCI Circuit Breaker or GFCI Breaker on the other hand are different to GFCI Receptacles. GFCI Breakers look similar to normal circuit breakers and we fit them into breaker panel.

While a GFCI Receptacle provides safety to that particular receptacle or outlet, a GFCI Circuit Breaker can protect all the devices in the circuit. They are significantly expensive than GFCI Receptacles but the good thing is that whole circuit is protected from ground fault.

If a GFCI Receptacle trips, all you need to do is push the RESET button to use the outlet once again. But if a GFCI Breaker trips, then you to go to the breaker panel and then reset the breaker.

Installing a new GFCI Circuit Breaker is very similar to installing a regular circuit breaker. If you look at a standard GFCI Breaker, it has a White wire attached to it in the form of a pig tail. We need to connect this wire to the neutral bus on the breaker panel. Let us now see the steps involved in GFCI Circuit Breaker Wiring.

NOTE: Even though the GFCI Circuit Breaker Wiring is very simple and similar to that of a standard circuit breaker, you have to take all the necessary precautions and safety measure before working on it.