If you are planning to build a high-end computer or planning to upgrade your computer for heavy-duty tasks like gaming, rendering, productivity, simulations, and much more on a single PC, then it is highly important that you have powerful components inside. And while you have to ensure the same for all the various parts and components, the processor or the CPU of your computer is crucial.

Since all of the tasks and programs running on your computer rely on the CPU at all times, having a powerful CPU is quite important. Those of you who are in the market for such a high-end CPU can find all kinds of options. And if you want to go with AMD processors, then you will primarily find the AMD Ryzen 7 5800X and the AMD Ryzen 9 5900X.

To help you choose between these two and understand their differences, we are here with a detailed comparison between the AMD Ryzen 7 5800X vs AMD Ryzen 9 5900X. You can find all their important specifications, features, and differences down below in this comparison.

Those of you who are looking for high-end CPU options from AMD will find the AMD Ryzen 7 5800X to be the first viable option since it is much cheaper than the more expensive Ryzen 7 CPU models.

Even though it is not the flagship model by AMD, you still get more than enough performance out of it thanks to the Zen 3 architecture used by it. But to ensure whether this CPU is ideal for your needs or not, checking the following pros and cons is highly important: 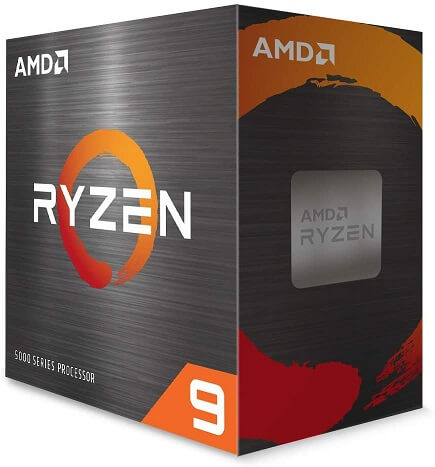 To ensure that you are going with the right CPU while choosing between the AMD Ryzen 7 5800X vs Ryzen 9 5900X, you need to check much more than just their pros and cons.

Hence, we are here with the following comparison table and performance differences between the AMD Ryzen 7 5800X vs AMD Ryzen 9 5900X that you should go through before picking the right one for you:

Even though a mid-tier processor like the AMD Ryzen 5 5600X is more than enough for all your gaming needs, there is still a chance that you might want to use a high-end CPU for gaming as well. For the same, you first need to understand that the core count differences between these CPUs won’t affect the gaming performance at all.

This is due to the reason that almost all games use only 2 cores or 4 cores at most which means that both these 8 core and 12 core CPUs should be more than enough in that regard. As for their clock speeds, since the Ryzen 9 5900X offers slightly better clock speeds, you can expect slightly better gaming performance out of it. But in most scenarios, both of these CPUs will perform almost the same when it comes to gaming.

This is made possible thanks to its higher core count of 12 cores. Not only that but you also get a slightly higher boost clock speed which goes great along with its higher L3 cache. So if you want a computer that can not only run games but can also be used for all kinds of productivity applications without requiring any upgrades for multiple years, then the AMD Ryzen 9 5900X will be the better option.

While both the AMD Ryzen 7 5800X and the AMD Ryzen 9 5900X have the same TDP rating, their cooling performance differs quite a lot. Because the Ryzen 9 5900X has a higher core count with slightly higher clock speeds, you can expect it to produce more heat. Because of this, while the Ryzen 7 5800X can be easily cooled with an air cooler, the Ryzen 9 5900X may require liquid cooling. Unfortunately, both of these CPUs do not come with any CPU cooler in the box which means that you will have to buy one separately.

You can find all the important details like pros and cons, specifications, features, and performance numbers of both these CPUs up above to easily pick the right one for you.